Glitter and gold line the streets of the hottest and most exclusive address in Atlanta, 3300 Buckhead Plaza. Three social climbers try to stay on their golden path to riches, fame, and high fashion.

After her rich married lover dies, Queensley’s life as the kept woman comes to an end. Her lover’s spurned estranged wife tries to kick her out the love nest he made from them and the millions he promised her. Mourning the tragic death of her handsome, wealthy, young husband, Therese must fight not only to keep the love nest they built as newlyweds but his family fortune. Pregnant and alone, she fights her late husband’s family for his share of their billion-dollar estate. Queensley and Therese bond over the loss of their great loves. But after they hire the same sexy lawyer for their high-profile cases, their newfound friendship is threatened. Who will walk away with their fortune and the man?

New to the gilded streets of Atlanta, Farrah follows her charming and slick boyfriend to Buckhead. They make their home among the rich and elite while he promises to make her a star. She underestimates the true costs of making one’s dream come true in the city of her dreams.

Queensley, Therese, and Farrah follow the men they love into the world of glamour and glitz. But before they can kick off the heels of their designer shoes and rest their heads on their expensive sheets, fate storms into their perfect high-end worlds. Their beautiful lives are at risk of being taken away from them, but these three women won’t let the gilded life they worked to obtain slip from their manicured hands. Not even death, lies, or estranged wives can stop them from living the life of luxury they fought so hard to reach and get they love they deserve.

LaShelle L. Turner is a writer of contemporary adult and YA romance. She lives in the metro Atlanta area. When she is not writing, she binge-watches historical dramas and reality shows featuring shopaholic housewives.

Two people realize that it’s no longer an act when they veer off-script in this sizzling romantic comedy by New York Times bestselling author Jasmine Guillory.

Ben Stephens has never bothered with serious relationships. He has plenty of casual dates to keep him busy, family drama he’s trying to ignore and his advertising job to focus on. When Ben lands a huge ad campaign featuring movie star Anna Gardiner, however, it’s hard to keep it purely professional. Anna is not just gorgeous and sexy, she’s also down to earth and considerate, and he can’t help flirting a little…

Anna Gardiner is on a mission: to make herself a household name, and this ad campaign will be a great distraction while she waits to hear if she’s booked her next movie. However, she didn’t expect Ben Stephens to be her biggest distraction. She knows mixing business with pleasure never works out, but why not indulge in a harmless flirtation?

But their lighthearted banter takes a turn for the serious when Ben helps Anna in a family emergency, and they reveal truths about themselves to each other, truths they’ve barely shared with those closest to them.

When the opportunity comes to turn their real-life fling into something more for the Hollywood spotlight, will Ben be content to play the background role in Anna’s life and leave when the cameras stop rolling? Or could he be the leading man she needs to craft their own Hollywood ending?

Jasmine Guillory is the New York Times bestselling author of six romance novels, including The Wedding Date, The Proposal, and the upcoming While We Were Dating. Her work has appeared in O, The Oprah Magazine, Cosmopolitan, Bon Appetit, and Time. She lives in Oakland, California. 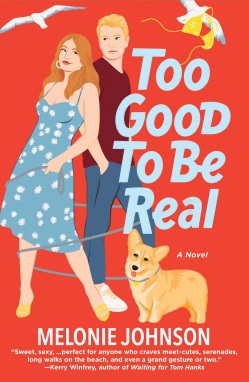 She plans to prove there’s a dozen reasons why life isn’t like a romantic comedy, only to discover the one reason it is…

While her friends wish for meet cutes worthy of their favorite rom-coms, Julia is ready to give up on love. Swiping right has replaced getting swept off your feet and good old-fashioned romance has become, well, old-fashioned.

A writer for a popular website, love becomes the last thing on her mind when impending layoffs threaten her job. As Julia searches for the ultimate pitch to impress her boss, she stumbles upon a resort offering guests a chance to live out their romantic comedy dreams. Real life dating is so bleak, who wouldn’t want to spend a week in a fantasy rom-com world with your best friends?

At the resort, Julia literally falls into a not-quite-meet-cute involving an aggressive seagull and an adorably awkward guy named Luke who is also participating in the rom-com experience. Julia hides the fact she is there to do a story, but Luke harbors a few secrets of his own. Among further encounters with thieving seagulls, a gaggle of corgis, kisses in the rain, and even a karaoke serenade, their feelings deepen quickly. But could their love be real when they haven’t been honest about their true identities? Once the fantasy is over, can they have a relationship in the real world?

If you’d like a copy of this book, you can find it on:

USA Today bestselling author Melonie Johnson―aka #thewritinglush―enjoys sipping cocktails that start with the letter m. Declared a “writer to watch” by Kirkus and a “fizzy, engrossing new voice” by Entertainment Weekly, her smart funny contemporary romances include Too Good to Be Real and her award-winning Sometimes in Love debut series: Getting Hot with the Scot, Smitten by the Brit, and Once Upon a Bad Boy. A former high school English and Theatre teacher, she spends her days in her Star Wars office, dreaming up meet cutes. She lives in Chicagoland with her husband, their two redhead daughters, and one very large dog. 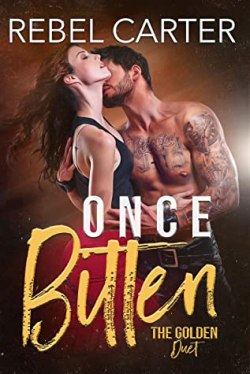 Jordyn Summers thought she had life figured out. She’d made the right grades in college and after graduation managed to land a job she loved in the town she’d spent her entire life in, which meant keeping her great friends and happy family close by, the cherry on top of it all was her doting and adoring steady as a rock boyfriend. Jordyn has her days planned out on familiar streets and with loving faces all around to share it with. Her life was utterly perfect. And who doesn’t love perfect?

Turns out her boyfriend doesn’t.

Jordyn’s idea of ‘perfect’ is destroyed when her not-so-perfect boyfriend, the man she thought loved her, the man she had planned to give her virginity to on their wedding night never really existed. Hurt, angry, and tired of being the good girl, Jordyn takes off on a quest to lose her virginity and finally do as she pleases. Her search for one wild night brings her right into the arms of Steve Hunter, the man who doesn’t do relationships but does specialize in one-night stands. He’s not a perfect man but that makes him precisely what Jordyn’s looking for—a one-night stand.

But what happens when Jordyn and Steve realize just one night isn’t nearly enough for either of them?

This is a Reformed Bad Boy Romance + Good Girl Romance with a healthy amount of angst and steam poured right on top with a guaranteed satisfying HEA.

You can find this book on:

Romance is my way of creating a world that reflects the people and various relationship dynamics that exist around me. I hope that my writing offers a space where love of all shades and expressions are seen as valid, real and embraced. Each love story I write carries a piece of me in its pages and I’m proud to share a part of my heart with each and every page you turn.

When I’m not writing romance, I’m probably working my day job as a pretty damn good barista, or obsessing over my ever-growing plant collection. I have a geriatric dog that I coddle and enable to live her best forever puppy life. I currently live in Colorado where every day proves to be a new adventure.

They have different ideas about the fate of an old inn…until it brings them together.

When Sarah Lewis inherits a run-down B&B from her late grandmother in coastal Blue Moon Bay, the logical thing to do is sell it and focus on her life in L.A. But when she learns that interested buyers will only tear it down in its current state, she feels a sense of obligation to her grandmother to get it back to the landmark tourist destination it once was…even if that means hiring the best contractor for the job, who happens to be her old high school crush.

Wes Sharrun’s life has continued to unravel since the death of his wife three years before. Now with a struggling construction company and a nine-year-old daughter, he sees the B&B as an opportunity to get back on his feet. Unfortunately, despite trying to keep his distance, his daughter has taken a liking to Sarah, and his own feelings are tough to deny.

As they spend more time together painting, exploring a forgotten treasure trove of wine in a basement cellar, and arguing over balcony placement, the more the spark between them ignites. But will saving the B&B be enough to convince them both to take a second chance at love?

Jennifer Snow is an award winning, contemporary romance author writing for Harlequin, Grand Central and Berkley/NAL. She lives in Edmonton, Alberta with her husband and son.